Even traveling with multi meds for every known complaint, the odd medical problems  happen when one is traveling and there is need for a doctor.  My solution, rather than hop on the next plane home to have an appointment of seven and half minutes with my doctor,  is to go to one of the recommended hospitals.  Hospitals in Latin and Central America are modern, with up-to-date equipment and well trained doctors and specialists in every field — and the cost is far less than we are paying in the United States.  This last year I have been fortunate to have received excellent medical and dental attention in South America, caring, thorough and far more affordable than in the US. 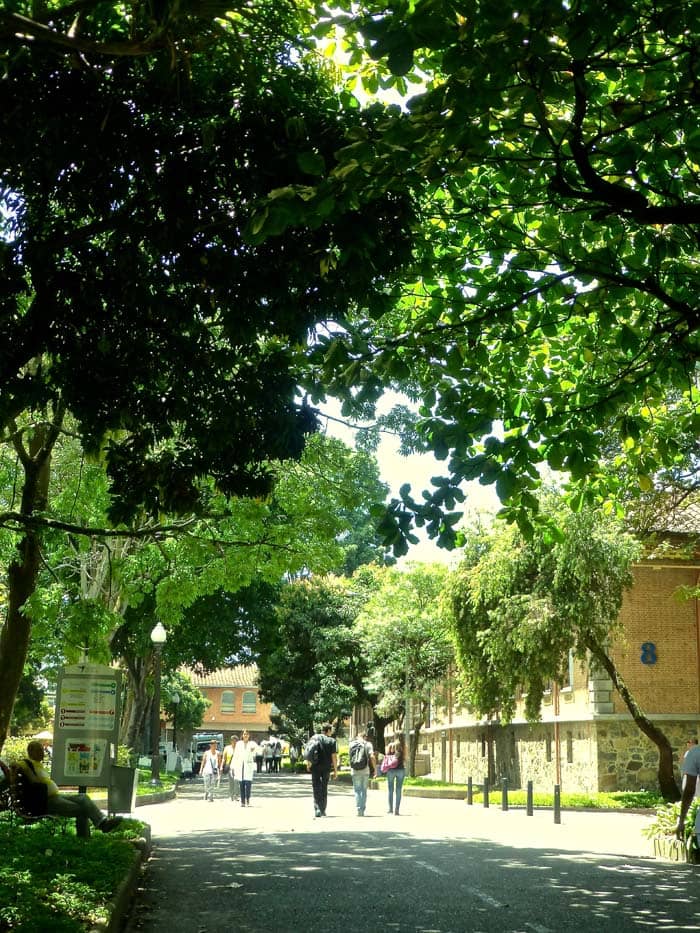 Several people had mentioned that San Vicente was one of the top hospitals in South America and the best in Medellin, with the best specialists working and  volunteering their time,  but I did not expect when I arrived at the gates, to see  historic, architecturally  significant buildings set in park like surroundings that looked like a botanical garden 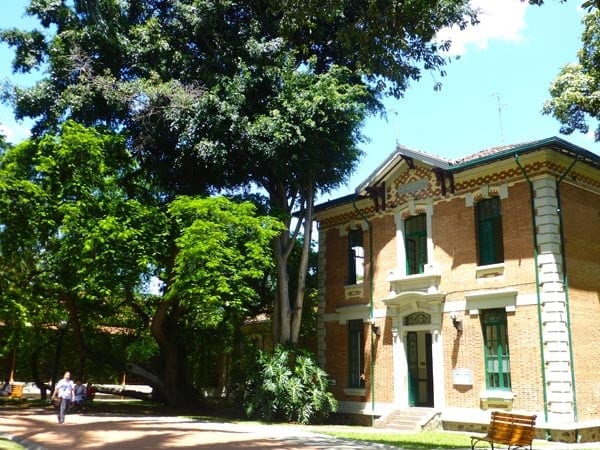 During my visit I found out the Hospital had been founded in 1888, and some of the buildings and established old trees dated from that time.  It is a Non Profit hospital, run by a Foundation and no one is turned away, regardless of economic or social status.  In 1988 it was declared a National Monument and registered as part of the Historic and Artistic  Heritage of the Nation, because of  the architectural value of its historic buildings and outstanding landscape. 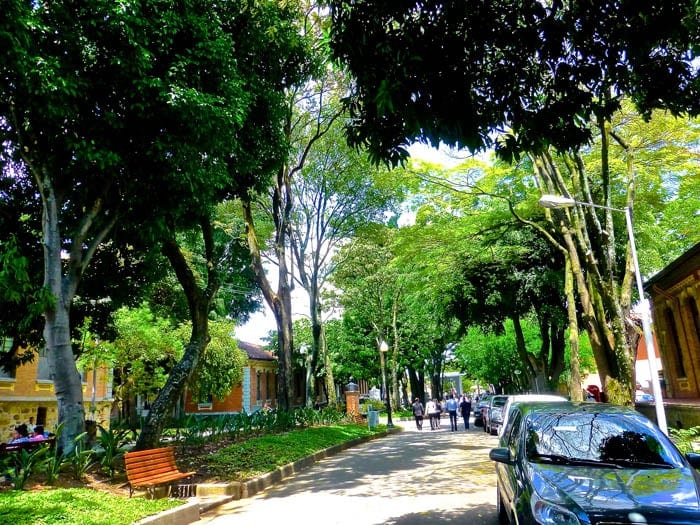 Although it is the “best”  hospital, it is not the most luxurious. Waiting for my appointment gave me the opportunity to see the cross section of people who were seeking medical attention.  Many foreigners are treated here.  My appointment was made by the receptionist at the hotel where I was staying and when  I arrived at the International Office,  I was met by  my appointed chaperone, who accompanied me throughout my visits to facilitate everything and be my interpreter .  My doctor was Colombian, but had specialized in the US and her English was good.  She spent more than an hour talking to  me  about  my general health, and was surprised  by my list of medicines, especially Naproxen,  that she said should not be prescribed for people “over a certain age”  as it has the potential to destroy the kidneys and lining of the stomach. This is a medication taken by many people in the US who are not aware of its dangers. According to her,  there are safer medicines available and recommended one manufactured in France – that is not available under medical insurance in the United States !! 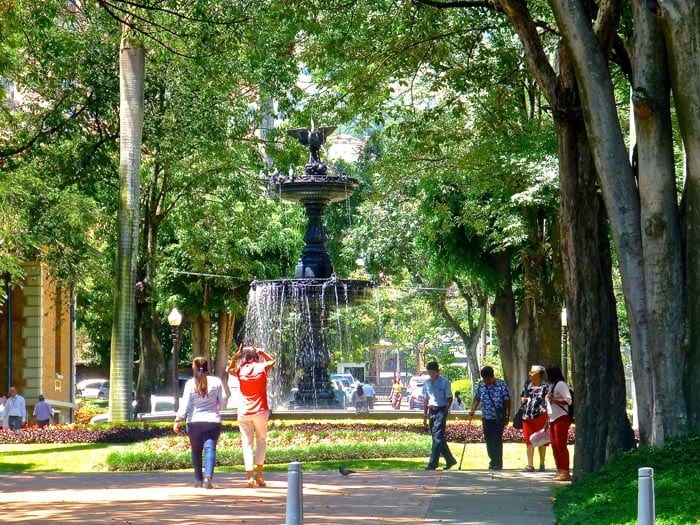 By US standards this may not be a large hospital.  It  has six hundred and sixty  beds and  fourteen operating theaters, six intensive care units and twenty five specialties and subspecialties and  are involved in ongoing cutting edge research.   Among the procedures they are known for are organ transplants including heart and simultaneous liver kidney transplants and there is a formidable list of everything they do – just sufficient to say, it is an amazing institution.   In addition to the doctors, they have highly qualified mid-personnel and technologists.  Fortunately, I did not need any of this and felt confident that I had received the best attention possible. 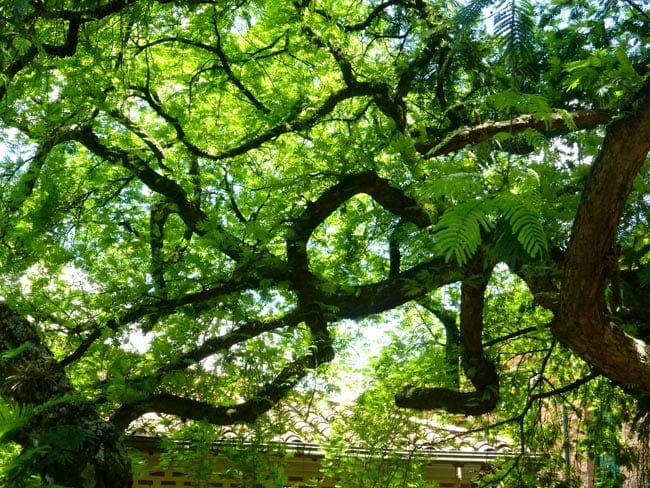 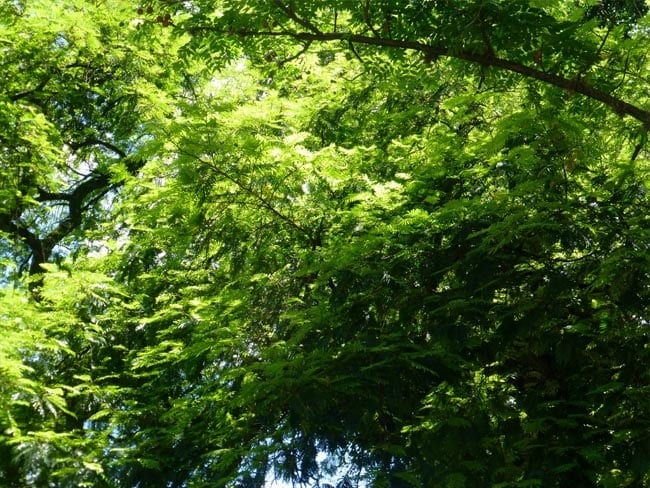 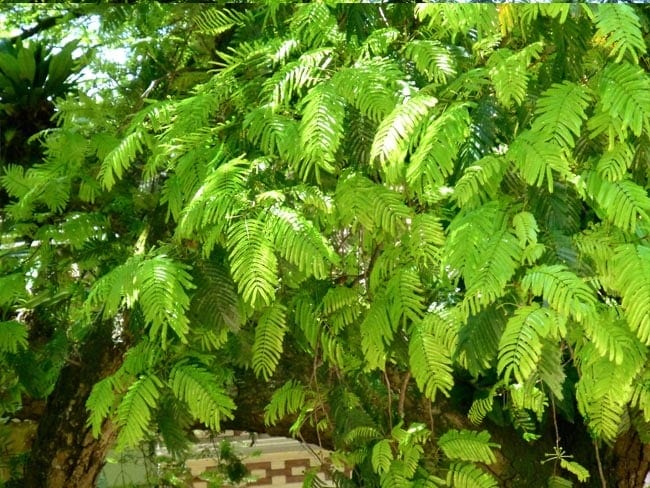 I now understand why Medellin is one of the major Latin American destinations for health in the world with a growing industry in Medi Tourism.  The drug or prescription industry is not governed by the “legal” drug companies that are supporting the high price of medications in the States.  All medications cost less and many are available  over the counter without a prescription.).

I also begin to understand why many Americans, who can no longer afford medical insurance in the United States, are coming to Latin America for their treatments, especially in the field of surgery because it is as advanced as anywhere in the world and far more affordable.  Including the cost of air travel and a place to stay when abroad, the cost in Colombia is still far less that it is in the United States.