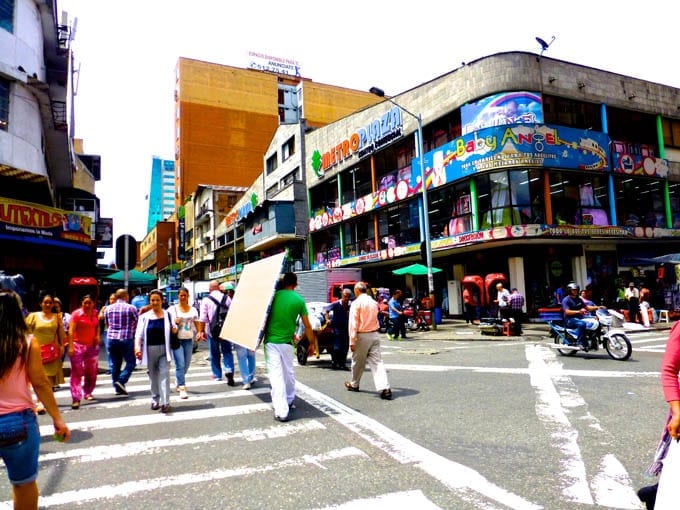 “EL HUECO”  literally translated means “The Hole” and there is no reference to it in the Travel Books. This is not the neighborhood with the elegant shopping centers, of which there is no shortage in Medellin.  It is is more like a market area with shop after shop and building after building selling cheap merchandise at bottom-fishing prices.  I came upon it by chance when I was asking around for fabric stores  and all the locals I asked said:  “You will find it at El Hueco” 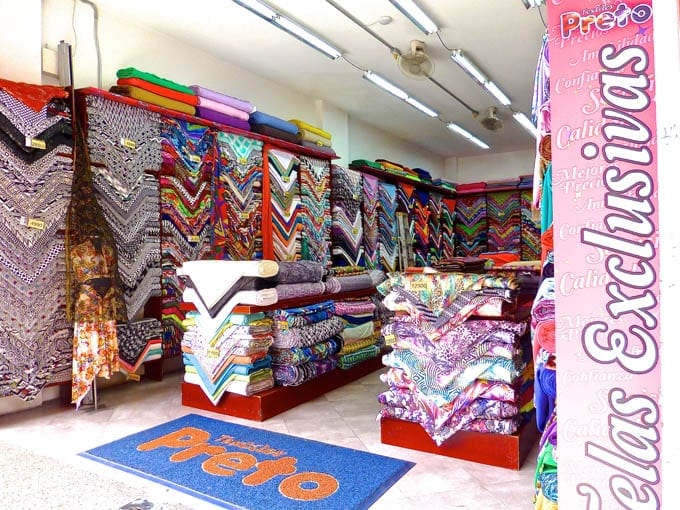 I hailed a taxi, who knew exactly where to  go and I knew when we had arrived, because it was teeming with people. The driver let me off near the  fabric stores, an entire street of them all selling the same fabric displayed exactly the same way until one shop merged into another in my consciousness.   As I ventured through this maze of shops, I could not stop taking photos – it was a huge photo opportunity.

Located near the old Train Station,  which  is no longer in use and dates from the 1890’s,  it  has always been a center for  trading. When the City was growing, all roads from the country converged near El Hueco and it has remained a shopping area since those times. Over the years, the roads have been improved and newer buildings were constructed. What I saw was a maze of buildings connected through passages.  Along the main street I found three and four storey “shopping centers”  filled with cheap merchandise imported from cheap manufacturers. 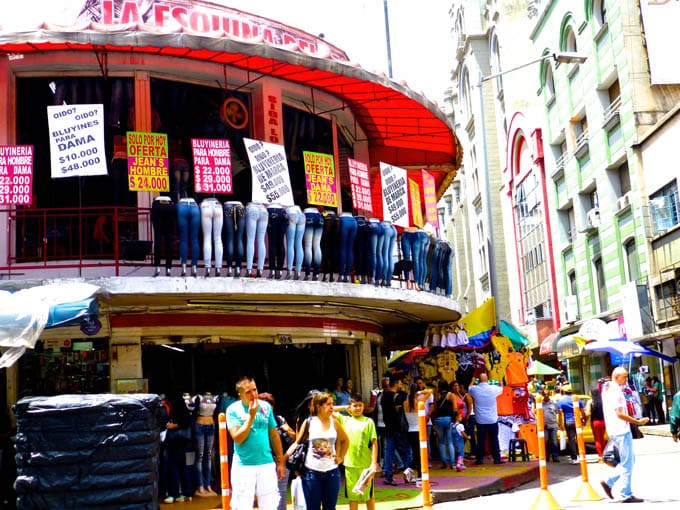 The two story Jeans Store on a busy intersection had the most “in your face” merchandising and display and mountains of Jeans. The prices in the photo shown are in Pesos – to convert, halve the prices and it will be the US Dollar equivalent, really cheap. Everything was  pseudo fashionable and inexpensive.   This is where “everyone” was shopping,  The big rents were being paid in the big shopping malls, but it looked like there was a whole lot of business going on here, with lower rents and sometimes no rent if you were hawking your wares on the street. 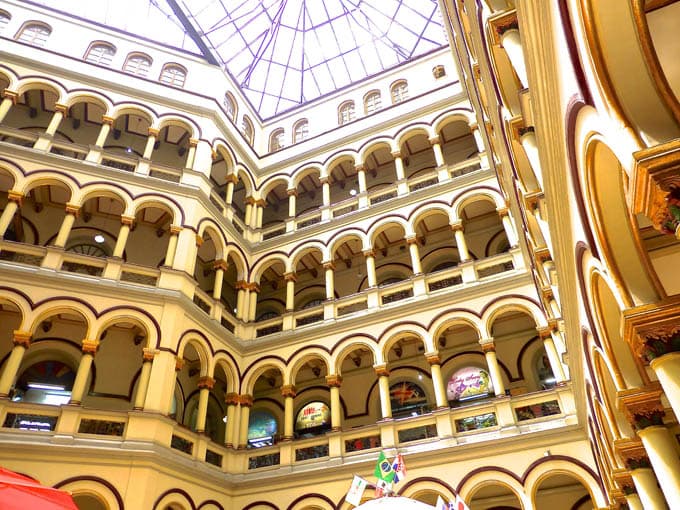 “The Palace” was my favorite location.  It was a five storey building, designed with beautiful arches in Moorish style by a Belgian architect in 1925. I could not get the full story but was told it had been  built by a Middle Eastern Prince to house his family.  The building is original, beautifully maintained and the interior is painted in cream with gold highlights. 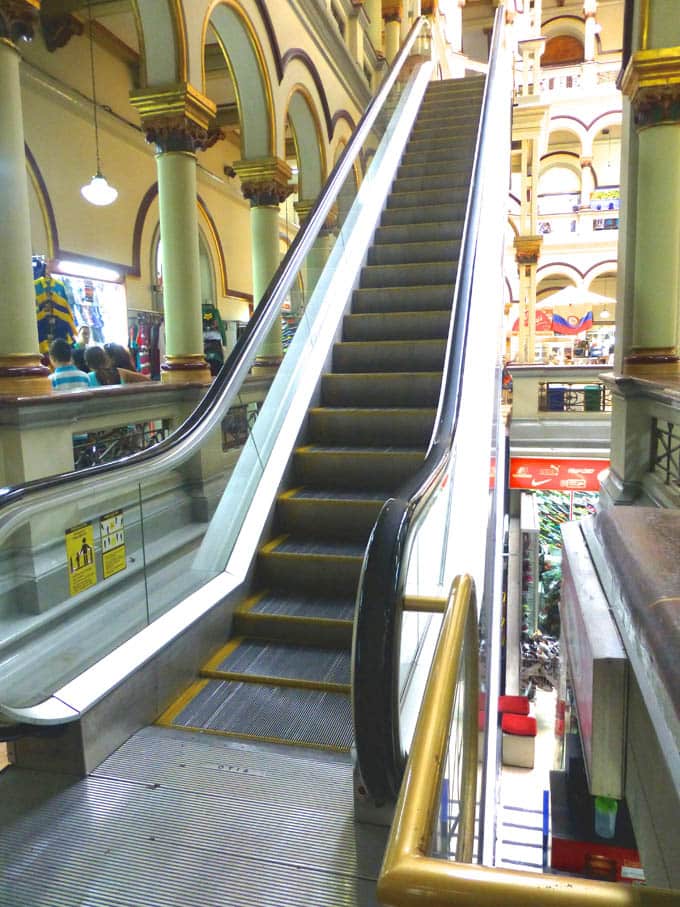 Modern escalators  were installed to move the hordes of people up and down. 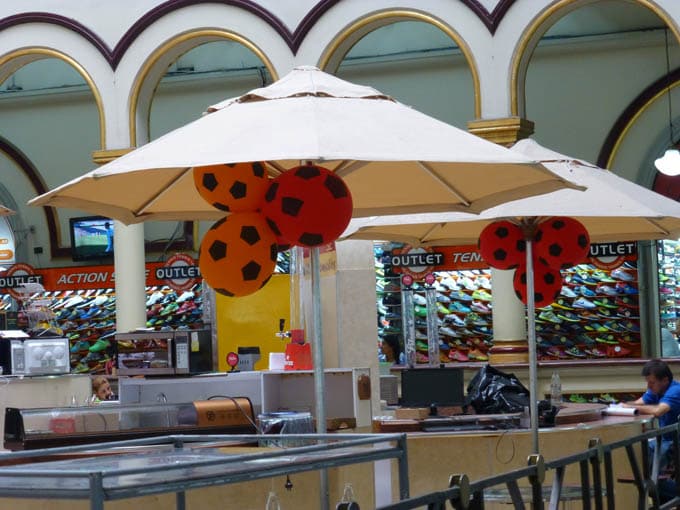 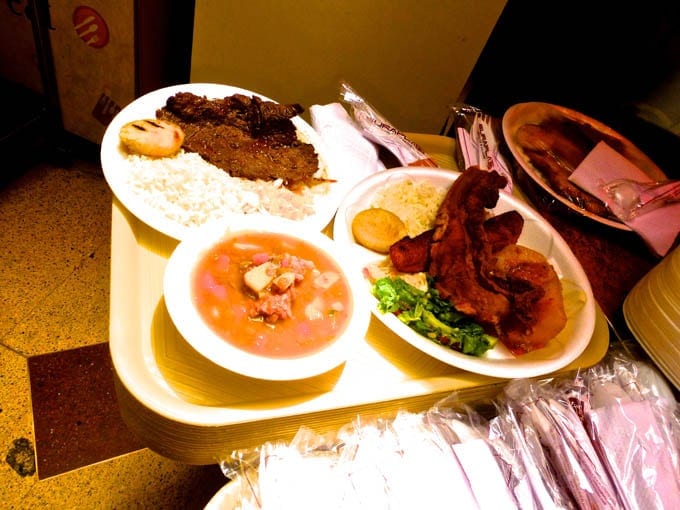 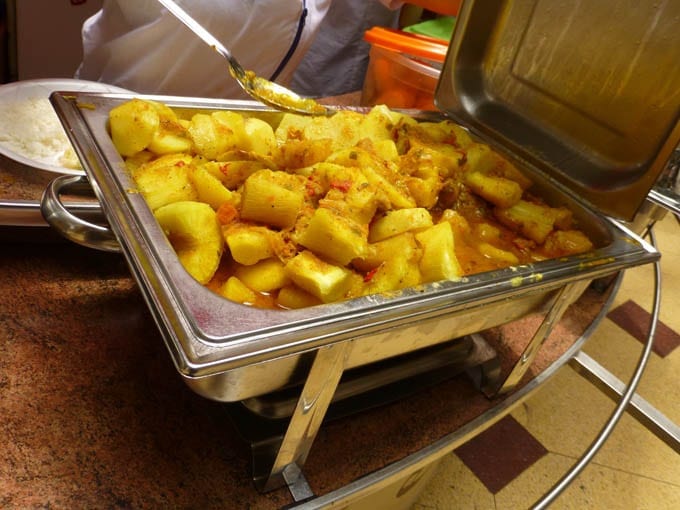 It has two cafes and over four hundred little shops selling mainly clothing. The cafes serve a  three course lunch that costs $4.00  – for $4.00 you do not get a  gastronomically memorable lunch, but it is rustic, adequate and good value. 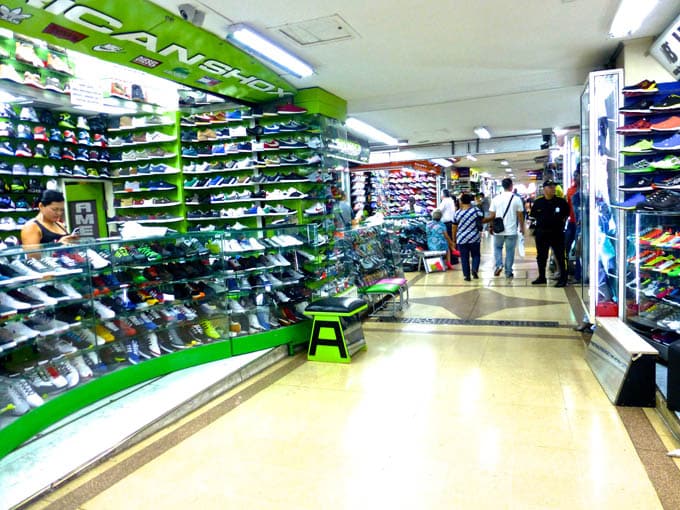 I entered The Palace at the basement level, where shoes, caps and hats were the featured items. Most of these are copies of American styes. As I ventured further into the building, there were more jeans, t-shirts and underwear for men and women and the top two floors of the building are used to house Government offices. 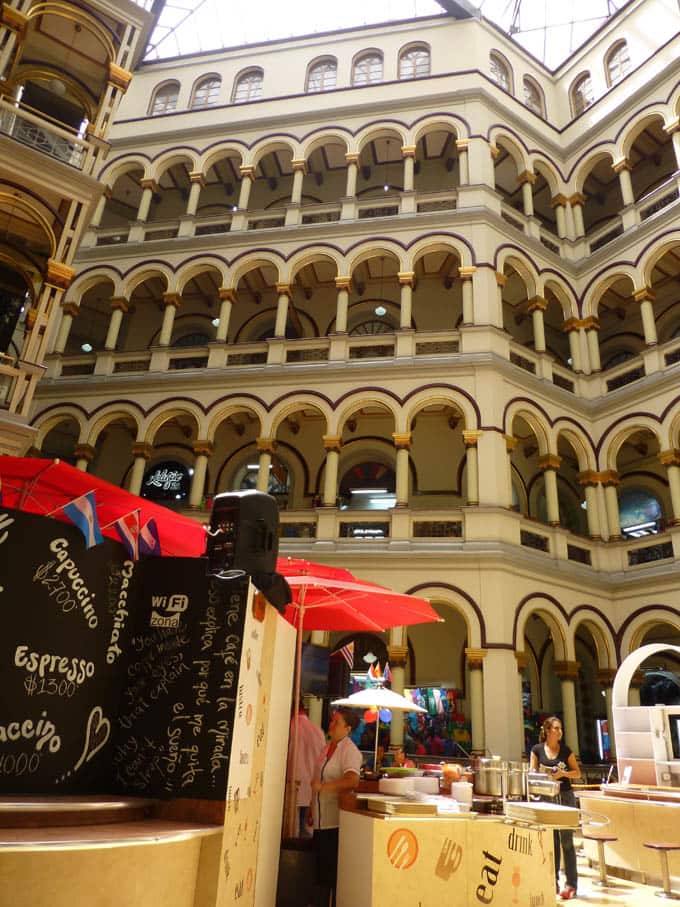 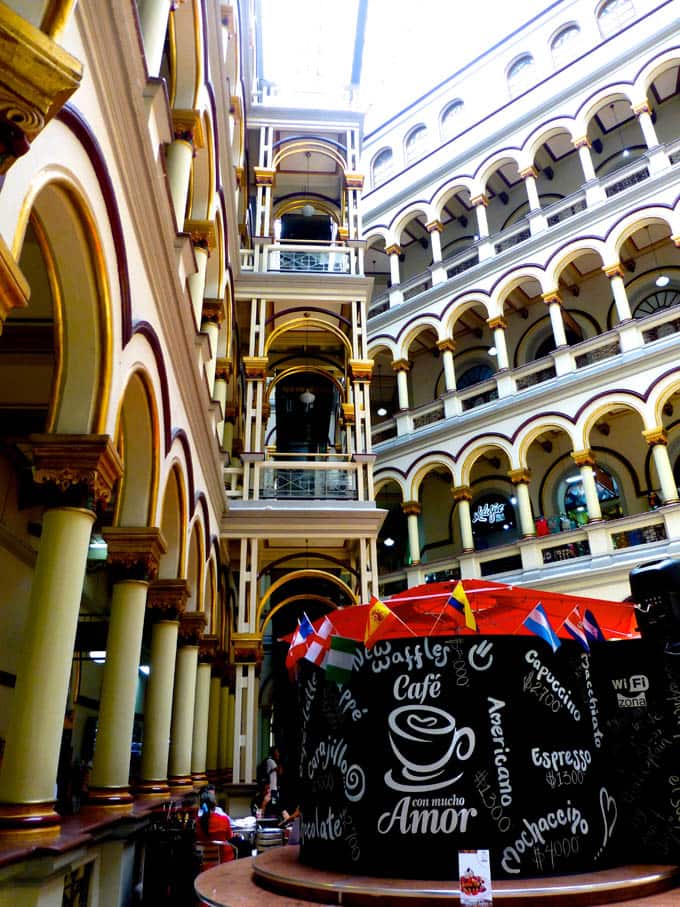 El Hueco is not a place to wear a Louis Vuitton handbag or show off your new iPhone or fancy camera for everyone to admire as these items will definitely disappear and you will be left wondering “what happened!”  Rather one needs to dress simply and try to blend in with the crowd. People were shopping till they dropped, haggling over their deals.

My “take home” was the atmosphere – the diversity of the crowd, the loud Latin music blaring from many shops simultaneously and street food prepared and served from makeshift tables in the street.  By contrast, the next time I enter a Nordstrom’s, I will appreciate  the air conditioning, quality inventory, the soothing sound of recognizable tunes being played on the Grand Piano and the beautifully prepared $15.00 lunch they serve in their restaurant, also good value and very adequate !!