Nashville is “Music City USA.” It is also known as the “Songwriting Capital of the World.”

This is where music is written, recorded and performed, every single day. Music Row is where it all begins, with a composition, a songwriter and a recording studio.

“Be at the Farmers’ Market by 1.45 PM, and look for the pink bus,” I was told on enrolling for the Nash Trash Music Confidential Tour.

Pink, how could anyone miss it? There awaiting us was an old school bus, painted the most garish pink imaginable, more like bubble gum pink. Painted boldly across the bus was: “Nash Trash Music Confidential Tour, The Wackiest Tour of Nashville.”

The guide for our tour was a songwriter and musician who had spent the greater part of his life as a working musician in Nashville and introduced himself as Pip.

Seats had been removed from the front of the bus to create a small performance space and accommodate all six feet plus of Pip.

He sat on a bar stool, with his Gibson Guitar slung over his shoulder and entertained us for the entire tour with his music, his singing and many inside stories of people and places in Music Row.

Pip was a natural raconteur. He seemed to be on first name terms with many of the living legends, having worked with them in the different recording studios or making advertising jingles – whatever one must do to make a living in this Industry.

When we passed a well-known Studio or Record label, Pip mentioned the title of a song that had originated there, the artist’s name who wrote or recorded it and sang an excerpt from their repertoire. He is a born entertainer whose love of music was infectious.

Most of the people on the bus (except for one!) enjoyed singing along with him. For many who follow the Country music scene it was like being wrapped up in comforting nostalgia, recalling songs, songwriters and cozy memories.

Music Row is the nerve center of the Music Industry in Nashville with all genres of music being represented: Pop, Rock, Bluegrass, Country, Jazz, Soul, Blues and contemporary Christian music (which in itself is a huge industry).

It is a small neighborhood, where one will find all the major studios, record labels, music producers, song writers, publishing houses, music licensing, video production, radio and TV networks, and some other allied industries that serve the music industry. Many studios are discrete about displaying their name on the door. But not all.

By contrast, the lawyers’ offices have their names prominently displayed because they follow the money trail. Cheatham, (interesting name!) Palermo and Garrett are family lawyers specializing in prenups, divorce and post-divorce, (like tapping your ex for some more money after the fact).

They are an important resource if the man you once loved finds a “replacement” and needs to pay off his “older model”  with a generous settlement.

We saw the Yoga studio where Miley Cyrus allegedly learned to twerk, Skin RN where Kenny Rogers is alleged to have received “treatments,” a Tattoo Parlor, Wedding Chapel, Real Estate Offices, and some unknown “mysterious houses” with no signage.

Apparently, anything in Music Row is Legal as long as you pay your taxes. The consequences for not doing so are irreversible – hence everyone does what they want to do and they pay their taxes.

This is a historic neighborhood and many of the houses are small Craftsman-style bungalows.

Pip, our guide, referred to the stars by their first name. Carrie (Underwood) is refurbishing a huge studio, Ray (Stevens), 77 years old and still working every day. Kenny (Chesney’s) office was very discreet and had no sign although his car was parked in front, so it was assumed he was at work.

Brad’s (Paisley) studio was next door also no sign. Reeba’s has a humongous studio with a helicopter pad on the roof top.She was requested not to use it because the noise of the helicopters interfered with recordings taking place in some of the studios.

Throughout the tour, Pip kept rattling off the names of songs and then playing them on his guitar. like a one-man band. Not being a Country Music follower, I thought I knew very little Country Music – that’s not correct, we all know a lot more than we realize.

Even though Music Row is an historic neighborhood, several valuable old homes have been demolished by the wrecking ball.

A case in point:  the new Virgin Hotel, located on Music Row, is now a large hole in the ground. It will add two hundred and forty rooms to Downtown when it is completed.

While the Historic Society was taking a nap, or a bribe, the developers demolished some historic homes to make way for the new hotel – or, someone knew someone who knew someone to turn a blind eye.

This is the path of progress, a large hotel attracting the correct demographic will popularize Music Row at the cost of losing some irreplaceable historic architecture.

Music Row can be a place where dreams come true or hopes are dashed. So much talent and so few making it to the big time. Not only is it talent that is required, but also perseverance, good connections and luck.

We ended our Nash Trash Music Tour at “The Row,” an old Nashville institution with a 30- year history. It is a bar, musical venue, restaurant and hangout for legendary Music Row songwriters and industry professionals.

Pip made sure we tasted the fried pickled greens, dipped in batter, deep fried and tangy. The menu focuses on good American food, and the bar is a magnet, with emphasis on the whiskey and craft beers.

Nash Trash Music Confidential Tour was fun-filled, irreverent and interesting with a lot of insight into the Nashville Music Industry.  “The Row” was an appropriate finale to a fascinating afternoon. Rolling Stone Magazine has called Nashville, “The Best Music Scene,” and the more I see of Nashville. the more I agree with this statement.

Share article
Previous Article The Miracle of Nature as Fall ...
Next Article Degas in New Orleans... 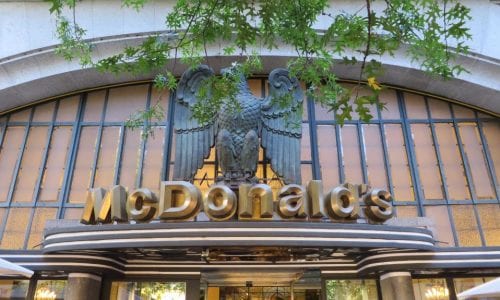 The BIG MAC and ART DECO converge in a unique setting, in Porto, Portugal. 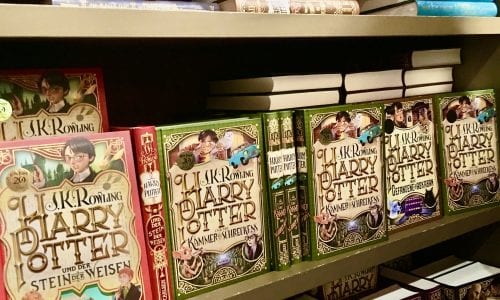 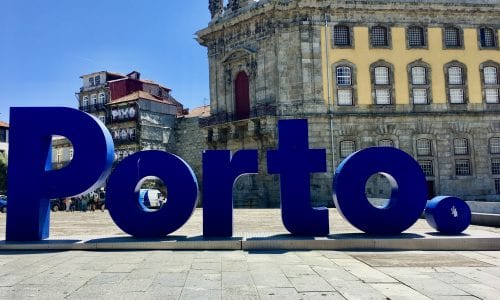 A PRISON MORPHS INTO A PHOTOGRAPHIC MUSEUM IN PORTO, PORTUGAL.