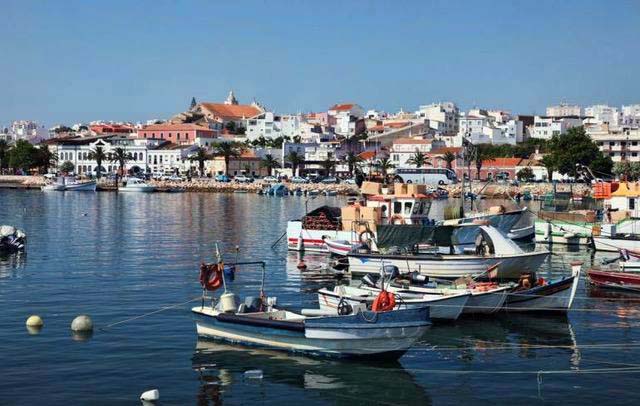 VISITING LAGOS ON THE ALGARVE, PORTUGUAL

The ancient, weathered fortified walls, with their 17th-century fort that surround the old city of Lagos are a hint at its long and complicated history— and the many battles seen since it was founded over two thousand years ago. At different times, it was occupied by the Phoenicians, Greeks, Romans, and Moors who all conquered Lagos long before Prince Henry did the Navigator’s Age of Discovery in the Sixteenth Century. Add to its history a devastating earthquake that struck Portugal in 1755, destroying the city and flattening it to the ground entirely except some of the older, more settled fortifications. 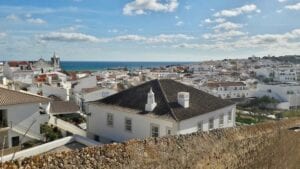 In 2019, Lagos has much to offer the visitor. Situated on the Western Algarve, it is one of the larger towns on the coastline and has not sold out to mass tourism, shopping centers and gated communities, retaining its authentic historic patina.  It possesses a charming and traditional Old Town that has been carefully maintained, with ancient squares carefully laid with cobblestone designs worked into interesting patterns, historic buildings, extravagant Baroque Churches and many monuments and statues reflective of its history.

Entering the town via the one-way system, there is a long cobblestone marina with benches for relaxing and taking in the water views, plus little kiosks selling tourist items, like flip flops, handicrafts, beach towels, and table cloths.To the left is the municipal building that houses the market and some shops and to the right.

Along the Marina is a natural harbor filled with yachts and boats, both big and small. This is where Henry the Navigator had his shipyard and built his fleet in the 16th century, heralding the Age of Discovery when Portuguese Ships charted new sea routes to Africa and India bringing back spices, gold and slaves.

Lagos is known for its nine beautiful beaches with clean white sand, many with coves, scalloped bays and dramatic cliffs and rock formations. Several water tours are available giving one a different perspective of the coastline, viewing it from the water.  Views are everywhere and there is always something happening to distract the visitor.

Standing on the Praca do Infante Dom Henrique, one of the main squares in the Historic Old Town, I paused to take in the scene. The main square has its Baroque church, the Church of Santa Maria, to one side, with extravagant gold embellishments giving it the name”The Golden Church” because of its impressive gold baroque decorations. In the center of the square is a statue of Henry the Navigator.

Facing it is the restored Slave Market Building dating from the 15th century,  now used as an art gallery. My focus was on its history as the slave market,  an ignominious reminder that the Portuguese were the first European nation to “hijack”  Africans  from West Africa, bring them back to Lagos and incarcerate the newly arrived slaves in this building before auctioning them off to the highest bidder. The Church faced the slave market where horrific acts of cruelty were being perpetrated and stayed silent in the face of such atrocities. It was shocking but sadly apt when I found  that in 1452, Pope Nicolas V instructed the Portuguese King, Alfonso V by way of an edict to “invade search out, capture, vanquish and  subdue  all Saracens and pagans and consign them to perpetual servitude.” 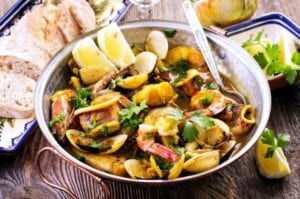 From the main Plaza, there is a series of winding narrow lanes that form a maze of one-way streets.  Arriving, the ocean was on my right, with its huge marina.  I followed the one-way system toward the old part of Lagos, where I walked around — it was about lunchtime, and people were congregating at the restaurants, enjoying the good weather and fresh grilled fish lunches made with that morning’s catch.

The crowd was very mixed.  It included families with children, young couples holding hands, backpackers, the senior generation of retirees and some really hip and trendy people.  As it was the weekend, there were a lot of Portuguese milling around, but it seemed every language on the planet was being spoken.

As I do not walk very well and the roads in the old part of Lagos are laid out with cobblestones which are uneven, I drive wherever possible.  When I arrived, I followed the ring road in, but somehow, managed to take a turn and suddenly I was in the maze of one-way alleys, maneuvering the narrow cobblestone streets made for pedestrians, wondering if my small car would negotiate the next corner without grazing the bodywork!

It reminded me of board games, where you have to find your way out of the maze — and it seemed the further I went, the more lost I became. Eventually, I stopped to ask how I could get out and was told to keep going “straight” and I would come out the other end – except there was no straight street and not an inch to try and turn around !!  Finally, when I thought I would be there forever, the street widened and I came to a thick ancient wall with a huge opening —one of the old 16h century entrances into the city. I re-emerged into the 21st century with its wide streets and normal traffic.

From the town, I followed the guide book’s recommendation to visit the Ponto da Piedade headlands.  These rock formations are breathtaking.  The limestone cliffs are a mixture of amber, light ocher and caramel colors, rising high above the ocean and the contrast of the cliffs against the turquoise ocean needs to be seen for its extraordinary beauty.

It is very dramatic and rugged, having been shaped over the centuries by wind and storms that eroded the rock, creating caves and grottoes, with pillars that seem to jut out of the ocean.  People were clambering all over the cliffs, with their cameras and selfie sticks trying to capture the best views.  For the less brave of heart,  it is also possible to hike down to the ocean for a close view or better still, take a boat and explore the area from the water.  This is unforgettable scenery and an absolute ‘must’ when visiting Lagos.

A Must-See on the Algarve

Lagos is a ‘must see’ stop on any visit to the Algarve and easily appeals to a diverse number of people of all ages and all interests. There are streets and streets of open-air restaurants, interspersed with interesting little shops.  Historically, it has a rich and fascinating history covering wars, fleets of ships that were built by Henry the Navigator, followed by the Age of Discovery and the earthquake that all but flattened it in 1755.   It has good beaches, a great harbor, and marina and weathered cliffs above the ocean with views across the bay and beyond.

And above all, it is still relatively intact, “uninvaded”  by the developers who have moved into other old towns and built high-rise apartment blocks, hotels, shopping centers, golf courses and tennis courts — changing the demographic forever. Of course, these developments represent the march of progress and the development of tourism has benefited the Portuguese economy. But it is reassuring to see an Old town that has been preserved and not fallen prey to commercialism. 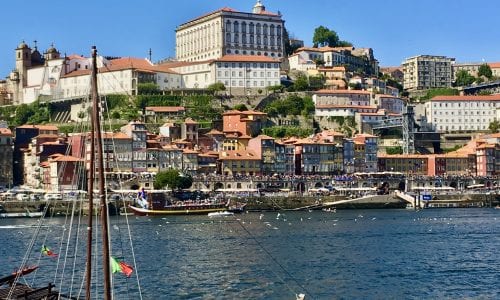 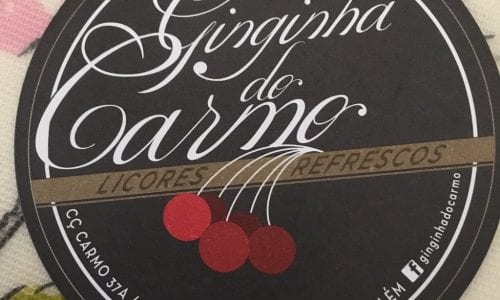